‘The Merz Barn project is an outstanding contribution to the understanding of contemporary art, not only in this country but in the world-art context.  It has taken great care and work to bring this to fruition.  It speaks enormously well of Cumbria and of us as a nation, and will undoubtedly be a focus of interest for decades to come.  To think that it will crumble away for the sake of a modest grant speaks very badly of the Arts Council’s priorities, especially in the more remote parts of England.  I do hope this will be reconsidered’.    Email from Lord Bragg, 10.6.14

Cylinders and the Merz Barn:  The Creative Margins

Since 2012 the Merz Barn Langdale Project has been operating without core funding.  The mere fact that this has been achieved, and that Littoral has not, like so many small arts companies whose maintenance grants were cut in that year, gone out of business, says something for our sustainability.  We have kept going.

We have kept going, and in the process have learnt a few things.  Cylinders and the Merz Barn are owned outright by the Trust, and represent an incalculable asset held on behalf of artists everywhere.  It is true that, unless we have project funding, we can’t afford to pay artists for their work here, but we can offer them a beautiful calm space in which to work, and a basic gallery space in which to exhibit their productions.  We have tools and skills to share, craftspeople we can call on, Wi-Fi, projectors.  We have learnt how to improvise covered workshop space using cheap ‘party tents’, although these are always liable to collapse in a storm.

Also, we have realised one important thing.  Kurt Schwitters during his lifetime was a well-known artist, notorious, but never part of any mainstream.  He himself said that it would take thirty or fifty years for his work to be understood, and now that that state has been reached galleries and corporate and private collectors are rushing to acquire his works, to display them in white boxes, to remove the fingerprints and footprints from their surfaces, and in general to ‘organise’ them.

At Cylinders we do not have the money to purchase works by the artist, or the facilities to protect and show them.  We don’t have, most obviously, the work for which our site was the cradle, the Merz Barn art installation.  But we do have one thing that the big museums lack:  we have a space in which Schwitters can continue to be celebrated as an artist on the creative margins, the place where life continually evolves new forms and discards old ones.  At Cylinders artists and curators can afford to take risks, to try out new things, to depart from precedent.  Because Schwitters did all those things.

One sphere that will be of seminal importance for the future of the project is that of digital innovation.  We have some of the best digital design and technical innovators in the world working with us.  Stay tuned to see what they will be coming up with! 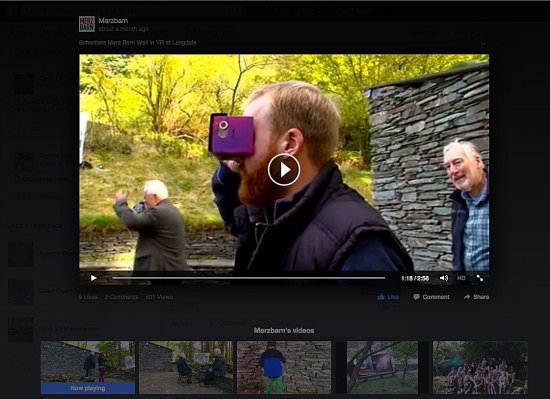 Chris Brammall with Googlebox outside the Merz Barn, 2015

The Future of the Elterwater Merz Barn:  Consultancy Study 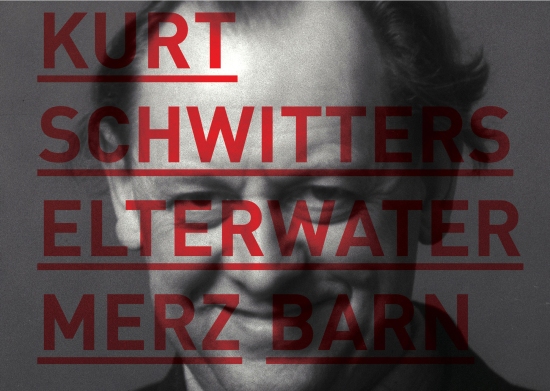 In 2014 the Arts Council awarded the Littoral Trust Grants for the Arts funding to allow us to undertake a comprehensive consultancy study and produce a report on the options for future development/restoration of the Merz Barn project, and the associated site at Cylinders, Elterwater.  ACE stipulated that three options for the development scenario should be provided:  i) the ‘zero option’, i.e. doing as little as possible, and leaving the site more or less as it is;  ii) running an interim 3 year stabilisation and arts development programme at Cylinders, together with essential upgrading of the existing facilities to comply with safety and hygiene requirements; and iii) a full scale capital works programme, which would include provision of studio and workshop space, accommodation for visiting artists, and schools and visitor facilities, plus a new build exhibition space, and landscaping.

The final report was published at the end of 2015, and sent to the main national and regional stakeholder partners:  the Arts Council, Tate Britain, the Heritage Lottery Fund,  County, District and Local authorities, South Lakes Lakes National Park Planning Department, the National Trust, and other bodies with an interest in the matter.

During December 2015 and January/February 2016 the Lake District was hit by a series of powerful storms with unprecedented levels of rainfall and terrifying winds.  The infrastructure at Cylinders was badly damaged.  Trees, their roots weakened by the Storm Desmond floods in early December, came crashing down at the end of January when a freak whirlwind with 90 mph gusts hit the site (Storm Katie principally). Flying branches broke the skylight and windows in the Merz Barn, removed breeze blocks from the end wall leaving a gaping hole, and shifted the roof.  The Drawing Office, admittedly already in a rocky state, collapsed entirely, and the roof of the Shippon was badly damaged by a falling branch.   The temporary buildings, the two yurts, were devastated, leaving Cylinders with no storage spaces. 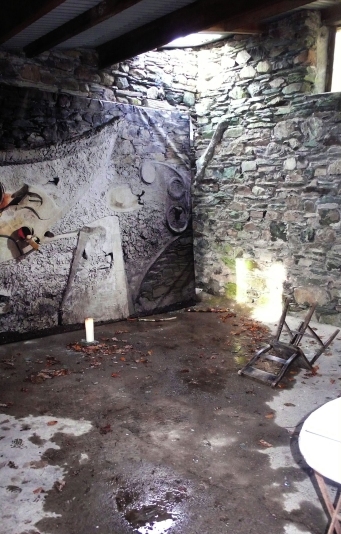 Interior of the Merz Barn with broken skylight, after Storm Katie 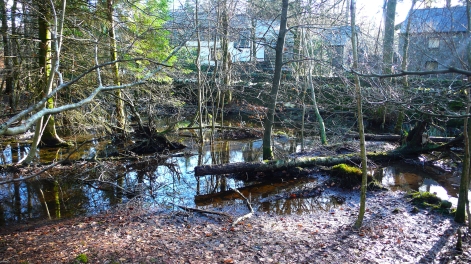 An early report to the Arts Council by architect Andrew Shepherd had predicted that if no capital funding was available to safeguard the buildings at Cylinders freak winter storms would cause increasingly greater levels of damage, and this year unfortunately proved him absolutely right.

wA preliminary clean up of the Cylinders site took place in February 2016, once the extent of the damage could safely be assessed.  Contractor Mike Edmondson cleared the worst of the fallen timber, and then a party of volunteers did their best to restore the site to a kind of normality.

An appeal for funding to right the structural damage caused by the storms was launched, and publicised in the Westmorland Gazette, the Architects’ Journal, and AN Online.  A short documentary was also made for the BBC’s ‘Inside Out’ programme, and shown on February 8th, 2016. 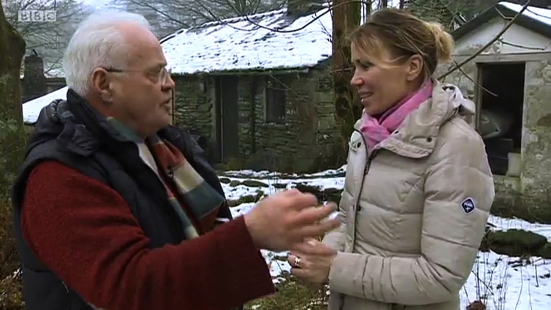 Ian Hunter being interviewed by Dianne Oxberry for the BBC’s ‘Inside Out’ programme broadcast on Feb. 8th 2016

The Save the Merz Barn appeal led to the offer of a £25,000 donation from the Galerie Gmurzynska in Zurich, at the prompting of leading architect, Zaha Hadid – indeed, this must have been one of Zaha’s last wishes, as she unexpectedly died a few weeks later.  Galerie Gmurzynska is show-casing an exhibition of her drawings in June 2016.

With a generous flood relief grant of £15,000 from the Cumbria Community Fund the results of the appeal  are enabling the Littoral Trust to get to grips with the damage to the Cylinders site.   During 2016 the £40,000 designated for remedial work on the site will be used to: i) fully repair and restore the Merz Barn;  ii) to replace the glasshouse behind the Merz Barn, visible in the 1960s photos of the Barn;  iii) to rebuild the destroyed Drawing Studio (subject to planning permission);  iv) to repair the roof of the shippon;  v) to effect urgent drystone walling repairs to the perimeter walls, damaged by falling trees and flooding.

The Littoral Trust is continuing to solicit funding for their preferred option contained in the 2015 Consultancy Report, i.e. the three year stabilisation programme.  The aim is to upgrade the existing buildings at Cylinders (shippon and the cottage) and install modern toilets and connections to the mains and, if planning permission is forthcoming, to construct a large farm shed on the site of the former dutch barn behind the shippon, and equip it as a multi-purpose gallery and office space.  We also need to raise funding for arts projects and exhibitions on the site, principally for a running programme of events during 2017 celebrating 10 years of arts activity since the acquisition of Cylinders by the trust at the end of 2006.

Advisors with input into the Merz Barn consultancy report 2015:

Dr Ian Hunter was appointed Visiting Research Fellow, University of Cumbria in March 2015, and will be working with the University to develop the full potential of the Merz Barn and the Cylinders site for Cumbria.